Codependency: What’s Mine is Mine and What’s Yours is Mine

Home » Codependency: What’s Mine is Mine and What’s Yours is Mine

It’s a late Tuesday night, and you can’t get a hold of your significant other. You finally get in the car and drive around and find him drunk at a bar. You get him in the car and tell him you’ll call his boss in the morning to let him know that he has the stomach flu. You’re mad because this is the 4th time you’ve had to search for him, but you’ll give this relationship one more try.

You have a friend that you’ve hung out with over the years. She is always the first to tell you which guy you’ll never be able to get. And she tends to guilt trip you when you do finally find the man of your dreams because you’re not spending time with her. Or maybe she appears to approve of the relationship but sabotages it so you can’t have what she can’t have. Even though you seem to know this isn’t right, you give her one more chance because she “needs” a friend.

These scenarios, my friend, are codependency at its finest.

Codependency is not as it sounds. It is actually a term coined from a legal use. It means “an action was mutually dependent on or influenced by something or someone else, besides the original people involved” (Beattie). As you can see, it doesn’t mean that you are “dependent” on a person; it means, instead, that you are dependent on the actions of another. You react rather than act. What is theirs becomes yours by proxy.

Codependency‘s inception was in relation to substance abuse, but has evolved over the years to encompass relationships, friendships, etc. where abuse, neglect, abandonment as well as other situations, stifle a person’s ability to protect him/herself. Melody Beattie, a leading pioneer in the field of codependency, states, “Codependents are reactionaries. They overreact. They under-react. But very rarely do they act. They react to others problems and pains. They react to their own problems and pains.”

Codependency is no respecter of gender or age. It appears as caring for someone or, in it’s opposite form, it can appear as vengeance for an injustice done. But in essence it is a display that “They (me and you) have worn sackcloth because they didn’t believe they deserved silk” (Beattie).

In my years as a codependent (yes, I said years), I have found myself in toxic and destructive relationships and friendships. I found myself trying to prove to someone else I was deserving of the silk. But what I was given was sackcloth. However, one day, by God’s hand, I awakened and said “I can’t do this anymore” and got help. The help was TERRIFYING! I had to learn to act and to let go of those who wouldn’t allow me to act. I had to set boundaries and endure the loss of those who didn’t want to respect my boundaries. I had to take responsibility for my choices (EEK!). What can I say about that today? I AM FREE! 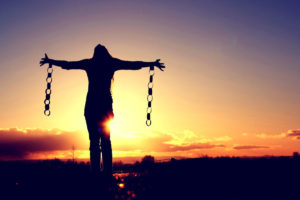 We at CDC can help you unravel the feelings, thoughts, and behaviors associated with codependency. We can help you find the freedom you seek! 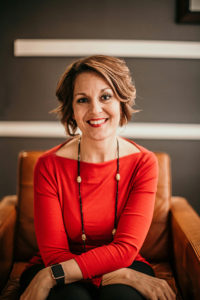